IVF Success Stories of a Complete Family in Sekinchan

Madam TBL from Sekinchan, Selangor had been struggling hard to have a child of her own for two years. She underwent 2 IUI cycles in 2009 in other center, without success. She then decided to come to Metro IVF for further treatment to have a baby of her own.

After consultation and investigation with our fertility specialist, Dr Tee Swi Peng, the couple was found to have male infertility. She was started on long protocol IVF treatment and egg pick-up was done on 10th December 2010. She had 8-cells-embryos transferred on 13th December 2010. Three weeks later, a single intrauterine gestational sac with fetal heart was detected. Her pregnancy progressed well and she delivered a healthy baby girl weighing 2.8 kg at Hospital Wanita Metro. At last the couple started their family.

Two years later, she returned back to Metro IVF wanting to have a second baby. She had her second IVF treatment which was unsuccessful. However, she had frozen embryos.

The couple and their in-laws were extremely happy because finally they have completed their family with 2 boys and 1 girl of their own.

Sekinchan is in northern Selangor 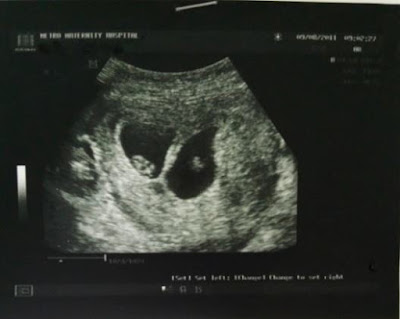 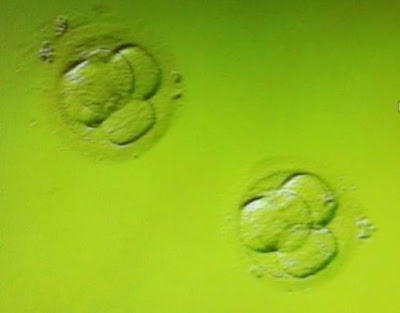 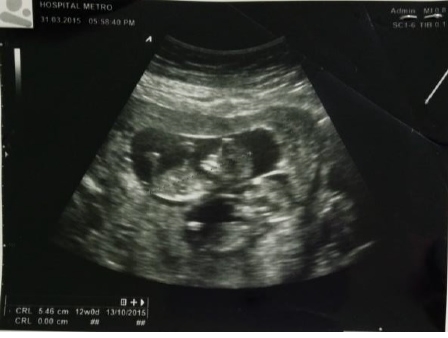 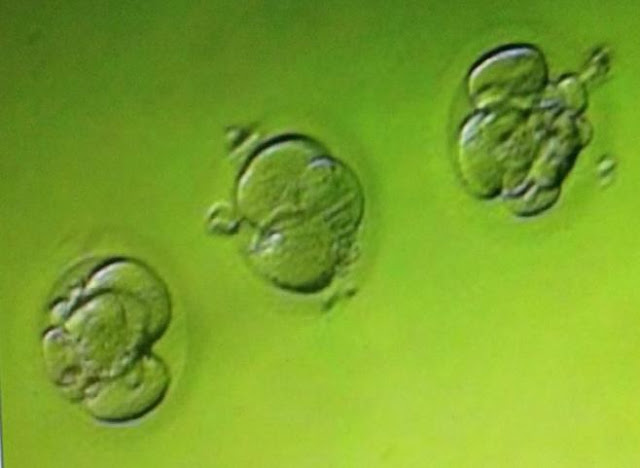 A Pair Of Libyan Angels: Two Is Better Than One!

Madam Fama and her husband are from Libya and were married in 2010. They are expatriates currently residing in Pahang and came to us in 2013 seeking treatment for infertility following recommendations from their friends. Madam Fama attempted to try for pregnancy a few times with Clomid as she was wary of doing too many injections during IVF. Her previous experience of doing IUIs in Pakistan also made her wary as she was uncomfortable being probed and scanned as she was a bit shy in nature.

Two years later, after numerous unsuccessful tries with Clomid, we finally managed to persuade her to reconsider IVF. Her IVF cycle commenced in August 2015. 10 oocytes were harvested and ET with 3 embryos was done 3 days later.

Her luteal support appointment was uneventful when she was suddenly admitted to ward as she was displaying symptoms of OHSS. Blood was taken to confirm OHSS and to check for her BHCG level. Her BHCG was 373IU/L which indicated that she was pregnant and it was probable that her pregnancy might have aggravated her mild OHSS symptoms.

Initially, one gestational sac was detected but as her pregnancy went along, we detected two sacs with heartbeats. Her pregnancy progressed well and further scans showed that she was carrying twin girls!

She has recently delivered and the couple is happily enjoying the presence of their little girls..

Double Happiness For Patient From China

Madam Wei is 37 years old and came from China. She was recommended by her friends to have IVF treatment at Metro IVF in Malaysia. This is her second marriage and she been trying for a child for the last 4 years.

From her first marriage, she had two children age 16 and 11 years. For the last 12 months she had been taken Chinese fertility medicine without any positive result. A friend of her, who had successful treatment at Metro IVF advised her to seek medical treatment.

The couple flew to Malaysia in …….. and after much investigations was found to have severe male factor. Her husband has extremely low sperm count and quality. Hence, they were advised for the IVF treatment and they proceed on the same month.

She had egg pick up on ……. And 11 eggs were retrieved. Three embryos were transferred and she had another 2 good quality embryos which were frozen for later use.

They planned to travel back China after confirmation of pregnancy result. The two weeks of waiting was a long wait. Her initial high hope and expectation began to fall. At the end of 2 weeks she was tense and anxious. Her urine pregnancy was positive and her blood bHCG was high too. She is pregnant! She was filled with joy, smile and relieved.

After that, they collected 2 months of medication which she requires because these medicine  may not be available back in China. Three weeks later, our Metro IVF team received news from her that the ultrasound scan showed two pregnancy sacs, She has twins and it’s a double joy for the couple. We too were extremely delighted to hear the good news.

Nine months later, their twin babies were born. It is one boy and one girl twins. A third joy for the couple. They are enjoying their parenthood journey with their twins and many months later they may return to Metro IVF for their frozen embryos.

Most Positive and Cheerful Couple We Ever Had; From Iran

Mr and Mrs Paris from Iran, had been trying to conceive for two years and had seek consultation at several centers before deciding to have her treatment at MetroIVF Malaysia. They visited us in July 2016 and had fertility tests performed. Her Fallopian tubes were not blocked, egg numbers was good and semen analysis showed that the quality of sperms did not meet the standard of World Health Organization criteria. She did not want to waste time and proceeded with IVF treatment the following week.

She learns fast and did her daily medical injection smoothly. During the egg pick-up procedure, 40 eggs were obtained which was astonishing.  She developed moderate ovarian hyperstimulation and it resolved spontaneously. The couple was a cheerful pair, always smiling and easy going from the beginning to the end of two weeks. 15 days after egg pick-up, her bHCG was > 200iu/l. Metroivf team were delighted for them. They were very happy but not surprise. Little did we know, during the two weeks, Mrs Paris was knitting a pair of dolls and presented it to Dr Tee swi Peng. They said:  “We have arrived at the right place for treatment and we know we will have twin pregnancy.”

Mr and Mrs Paris were right. 3 weeks later ultrasound scan showed two pregnancy sacs with two fetal heart. They were as cheerful as ever and we share their happiness. In March 2017, they finally have the family they planned. Mrs Paris delivered a pair of healthy boys both weighing 2.9kg. Congratulation Mr & Mrs Paris.

Never Give Up Hope; At Last A Family With 2 Girls and 1 Boy

K G P, 30 years had one cycle of IUI in another center. Her tubes were not blocked, uterus was normal and egg count was 20. She was diagnosed to have PCOS. We did another 2 cycles of IUI but without success.

She was advised IVF and she readily agreed. She had her treatment in June and December 2010 which was unsuccessful. In December 2011, she had another cycle of IVF. 4 weeks later, two pregnancy sacs with fetal heart was seen. She was excited and extremely happy. However, 2 weeks later, only one fetal heart was seen. She was advised that in twin pregnancy, 20% will have vanishing 2nd twin. Her pregnancy progress normally and she delivered a healthy baby girl weighing 3.1kg.

In 2014, she came back and planned to have a second child. IVF cycle was started in April and embryo transfer was done on 2nd May 2014. 7 weeks later, 2 pregnancy sacs with fetal heart were seen. She was delighted to hear the news; twin pregnancy. Her twin pregnancy progress well and she delivered on 28th december 2014 a set of healthy twin, one boy and one girl. She and her husband were satisfied and happy to a family of one boy and two girls. Another happy news for her; she still has frozen embryo for future treatment cycle.